About Us – Tascosa Office Machines

For over 30 years, we have been the largest Canon and Sharp dealer in West Texas and in Eastern New Mexico.

With today’s fast-changing technology, we strive to provide you every available option for managing your documents and thereby increasing your productivity and cost-efficiency.

Office equipment is just the beginning of what we can do for your business. We can also design furniture layouts and supply a wide range of office furniture. Then, we can incorporate our office supplies into your office, making us a well rounded resource for any business office needs.

We can we keep it simple, but we can take the most complex need and find a solution to your liking.

It’s important to note, that service is much more than just another department at Tascosa. It is the very heartbeat within our company. From the very beginning, service is what set us apart from everyone else.

Our History at your Tascosa Office Machines

Tascosa Office Machines strives to create an environment teaming with life, supplying our customers the “fresh water and abundant resources” needed for your business to thrive. 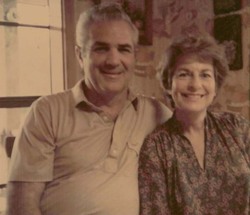 1970’s
In 1976, Johnnie King launched out as an entrepreneur selling and repairing Canon copiers. Johnnie saw that there was a major shift in technology happening and decided to establish his own copier business, Tascosa Office Machines.

While the business was slowly growing, the King family was still struggling to make ends meet. JP, the King’s oldest son, came home from college and began partnering with his dad, providing a foundation for the service portion of the business. Richard, their middle son, began working alongside his dad at the age of 13. From the beginning it took a family to build this business, and today that same family keeps it growing. Johnnie and his three sons worked together at a young age to create the successful copier business that Tascosa is today. 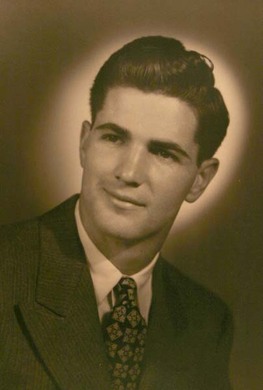 In 1980, Canon began to take the lead in the copier industry with their superior technology. The King’s continued to see great potential in the copier industry. They sold their house and used that money to invest back into the business. Soon after that, Johnnie went to California to learn more about Canon copiers. With favor and hard work, Tascosa Office Machines quickly became a reputable Canon dealer. It was about this time that Canon came out with the MP30, which revolutionized the copier industry, because it was able to make multiple copies.

A few years later, Canon launched the NP 200, which was a fiber optics system that also used dry toner. Tascosa sent Richard to school to learn all about the dry toner processes, which yet again revolutionized the copier industry. In 1983, Johnnie’s youngest son, Kelly, joined Tascosa, and worked alongside his mother managing the books. Kelly having a natural talent with numbers was an excellent addition to the family business.

A couple of years later, Johnnie’s daughter Lynn joined Tascosa helping with the books and freeing Kelly to take the lead in inside sales. In 1986, Richard made the switch from primarily servicing copiers to now selling copiers. Business was doing well and Tascosa was forced to move into a larger space. The King’s took advantage of the large space by bringing out a ping pong table in the evening after a long day of work.

A few years later, technology made another major shift with the introduction of PC copiers. Now small businesses were able to have personal copiers. Other copier lines were now available, but Canon continued to lead the way. Canon could now officially say they were #1 in copier sales. In 1987, facsimile machines became affordable for small business, which was another major leap in technology. Canon was also leading the industry by implementing the technology to insert color cartridges on the side of the copiers. This allowed businesses to be able to print a single color copy.

1990’s
In 1990, Canon found themselves without a dealer in the Lubbock area, so Tascosa opened their second location. Johnnie King and Trent Brisendine moved to Lubbock. Two years later, Richard moved to Lubbock to manage the location. Business continued to grow successfully in both Amarillo and Lubbock.

2000’s
Around 2003, The King family saw that their customers were looking for an all-in-one resource. So Tascosa did just that. Tascosa became a resource for all office needs. In addition to copiers, they now provide office supplies, Breakroom supplies, janitorial supplies, and office furniture. This portion of the business began to grown significantly. Around 2004, Tascosa took over locations in Lamesa, Hobbs and Roswell, New Mexico. Today, Tascosa Office Machines manages five locations, and 85+ employees. In 2015, Tascosa added a branch in Raton, NM as well. Today, the King family continues to look for ways to serve their customers more. From paper towels to copier repairs, Tascosa has become your all-in-one resource. From the year 2000 and on, Tascosa’s commitment to quality products and quality service has remained the same. Copiers have changed drastically over the past 30 years, and with ever changing technology Tascosa’s experience and knowledge will help to keep your business growing.

Now, 35+ years later Tascosa Office Machines leads an industry with a respected reputation for providing excellent sales and service with a high standard in corporate ethics. With every team player embodying these core values, Tascosa continues to be the industry leader in the West Texas area.

We're not around right now. But you can send us an email and we'll get back to you, asap.